One day, we decided to buy a 125 year old Victorian House in Des Moines, Iowa……. 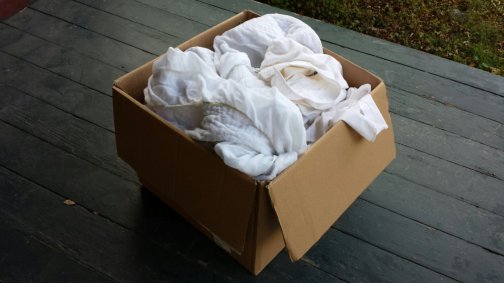 Enter the minimalism game. I watched a friend of mine do it last month, posting the one thing that he got rid of on the first, two things on the second, three things on the 3rd, and so on, and so on. He posted how hard it was at first, but then, as he went on, how freeing it was to move so much stuff out of his house. I thought, sign me up. You can read more about Minimalism game on the original blog post here.

So here goes: November 1st, one box of box of things that I’ve kept in my bedroom for probably a year, and never donated because I was still adding stuff to it, supposedly. It’s out of the house, and I have reclaimed three square feet of my house. Bring on the rest of November!